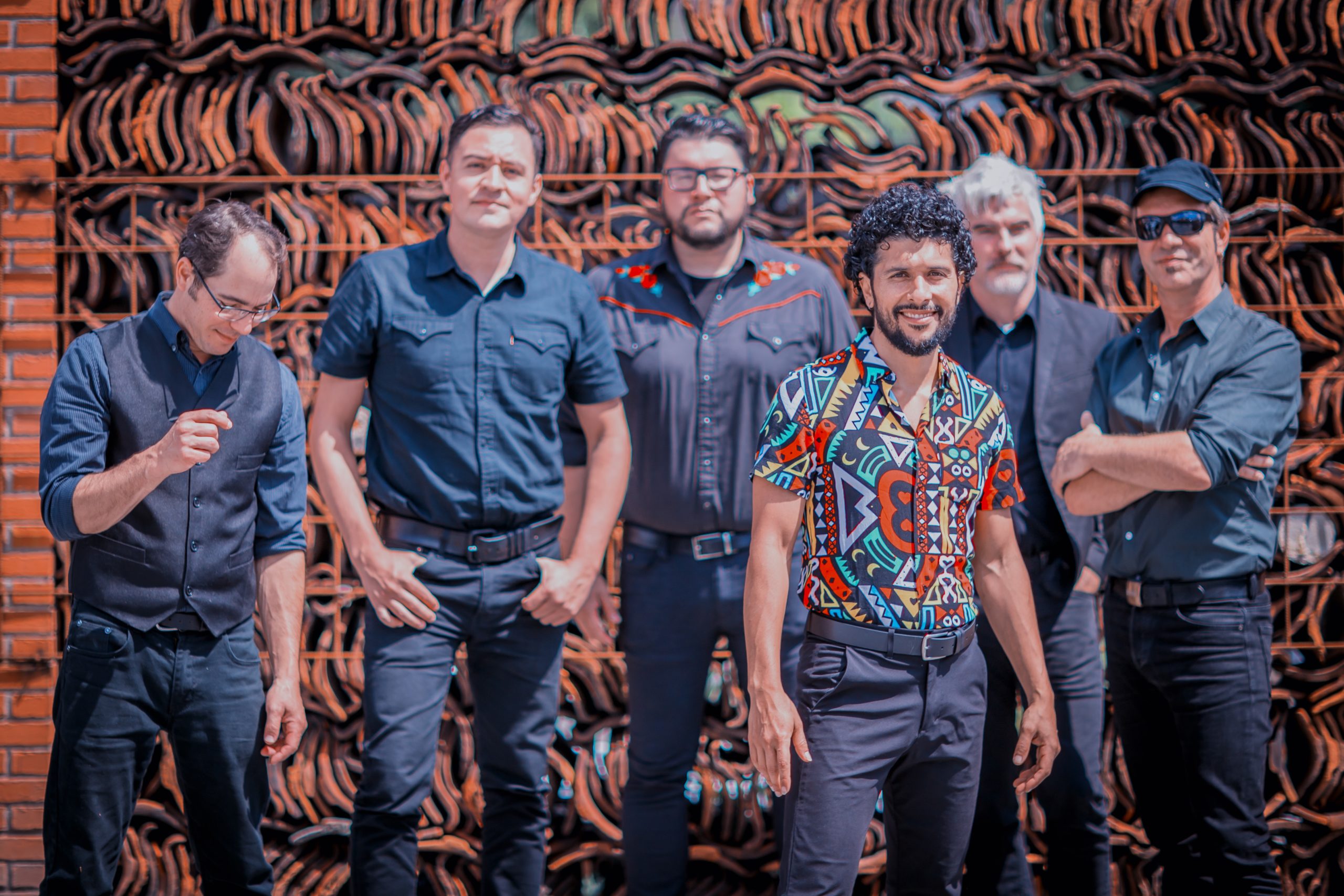 The engrossing and experimental Orkesta Mendoza represents the musical melting pot of the US-Mexico border region. The band refers to its genre as indie mambo combining pop and rock with Latin American ranchera, son and cumbia rhythms in the spirit of 1960s boogaloo.

Fronting the group formed in 2009, multi-instrumentalist Sergio Mendoza was born in the US but grew up on both sides of the US-Mexico border. The region is a hotspot of contradictions where hope meets pain, drugs meet weapons and rednecks meet refugees, which is why the band puts a focus on festivity and vitality in its music.

Based in Arizona, Orkesta Mendoza has released three albums. The latest, Curandero (Glitterbeat Records, 2020), features several guests alongside the regular members. The band was a nominee for Best Group at the 2021 Songlines Music Awards. In Finland, Orkesta Mendoza previously delighted the audience at the 2017 Helsinki Festival. Sergio Mendoza is also known as a long-time member in the Mexican band Mexrrissey as well the US group Calexico.

Be prepared for border music without boundaries! The age limit for the gig is 18 years.