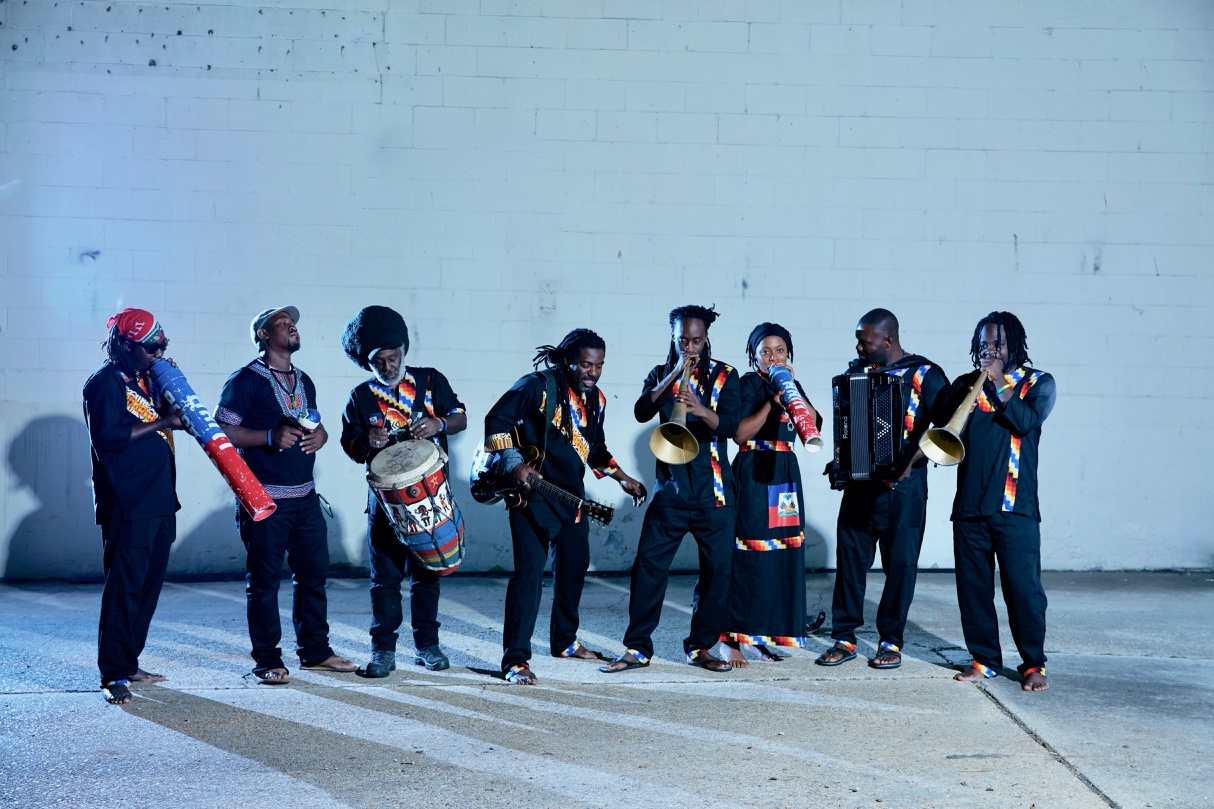 World Village Festival will take place in an online format next week, 29–30 May 2021. Out of all the online festivals that have been organized in Finland during the Covid-19 pandemic, World Village ranks as one of the biggest, if not the biggest, with over 60 programme numbers, three simultaneous virtual stages, 100 speakers and 70 exhibitors. The full program is available for everyone, free of charge, during the festival weekend and the following week until June 4th.

The theme of the 21st World Village Festival is the future, which will be explored through multiple different perspectives and through the voices of people coming from all over the world. The online festival will showcase thought provoking speeches, new documentary films, concerts from around the world and Finland and programme numbers for kids.

One of the biggest domestic performers of World Village Festival is SANNI. The programme also includes a joint concert by Nicole Willis and Gospel Helsinki composed especially for the festival, and a concert by Frankosun & The Family and a rhythm music legend Jimi Tenor. The band’s new live album will be recorded during the show.

– The international concerts of the festival have been filmed over the spring for World Village Festival in the home countries of the musicians. Many of the artists use their music to address, for example, pressing environmental questions, says the festival’s Programme Manager Johanna Eurakoski.

Domestic concerts will be streamed live from Tavastia stage and will deliver the atmosphere and feeling of a live show. The exception is the concert by Nicole Willis and Gospel Helsinki, which will be filmed in Agricola church.

The various documentary films will explore the theme of the future through topics like climate change, biodiversity, refugee issues and visions of the future.

In the documentary film David Attenborough: A Life on Our Planet, Attenborough shares the evolutionary history of the world and his life as a nature documentarist. Great Green Wall is an ambitious project to grow an 8,000km ‘wall’ of trees across the continent of Africa.

34 discussions and speeches – including Tarja Halonen, ministers and domestic and international leading experts

The virtual World Village Festival has invested in thought provoking discussions, impactful speeches and making space for voices representing the civil society. The festival boasts over a hundred speakers from politicians to researchers and young activists.

For the first time ever, the festival will showcase the globally renowned and popular speaking format, Powered by PechaKucha. Programme numbers The Future of Activism and A Sustainable Future will be implementing the PechaKucha format, in which each of the six speakers will have 20 images and 20 seconds per image to convey their point and convince the audience. The host of these two segments, Ina Mikkola, is looking forward to the discussion:

– Having many different perspectives and points of view about activism and the future will help us all in thinking about these issues more broadly. Sometimes just one fresh and new idea can reshape our view of the world and bring us hope for the future, Mikkola says.

One of the most beloved features of World Village Festival are the exhibitors, from food vendors to small organizations.

– The exhibition section of the virtual festival platform will showcase an impressive crowd of different actors working for a better future, even though sadly we can’t convey the delicious smell of international cuisine through the screen. We believe that the overall festival experience can still offer other exciting and thought provoking experiences and aha-moments, says the festival’s Communications Manager Nelli Korpi.

Kids are also not forgotten in the festival programme. Skidit Disko World Tour will inspire the audience to dance, while also sharing important lessons about the world. Mutaveijarit -show will remind us to respect nature and our friends. Aalto University Junior will implement science workshops that will teach the audience how to make biodegradable plastic, among other things.

Enjoy the programme in school or at work until 4 June

All the programme numbers can be viewed on the virtual festival platform also after the festival weekend, until 4 June. These programme numbers will be a great fit for the last week of school, or as an info package at work about climate change, human rights, or circular economy. Concerts and films can also be viewed freely during the whole week. The films have a maximum viewer limit of 500 per film. There are no other restrictions and all programme numbers are free of charge.

Learn more about the programme, check out the weekend’s schedule, and see which organizations will be participating in the exhibitor fair.