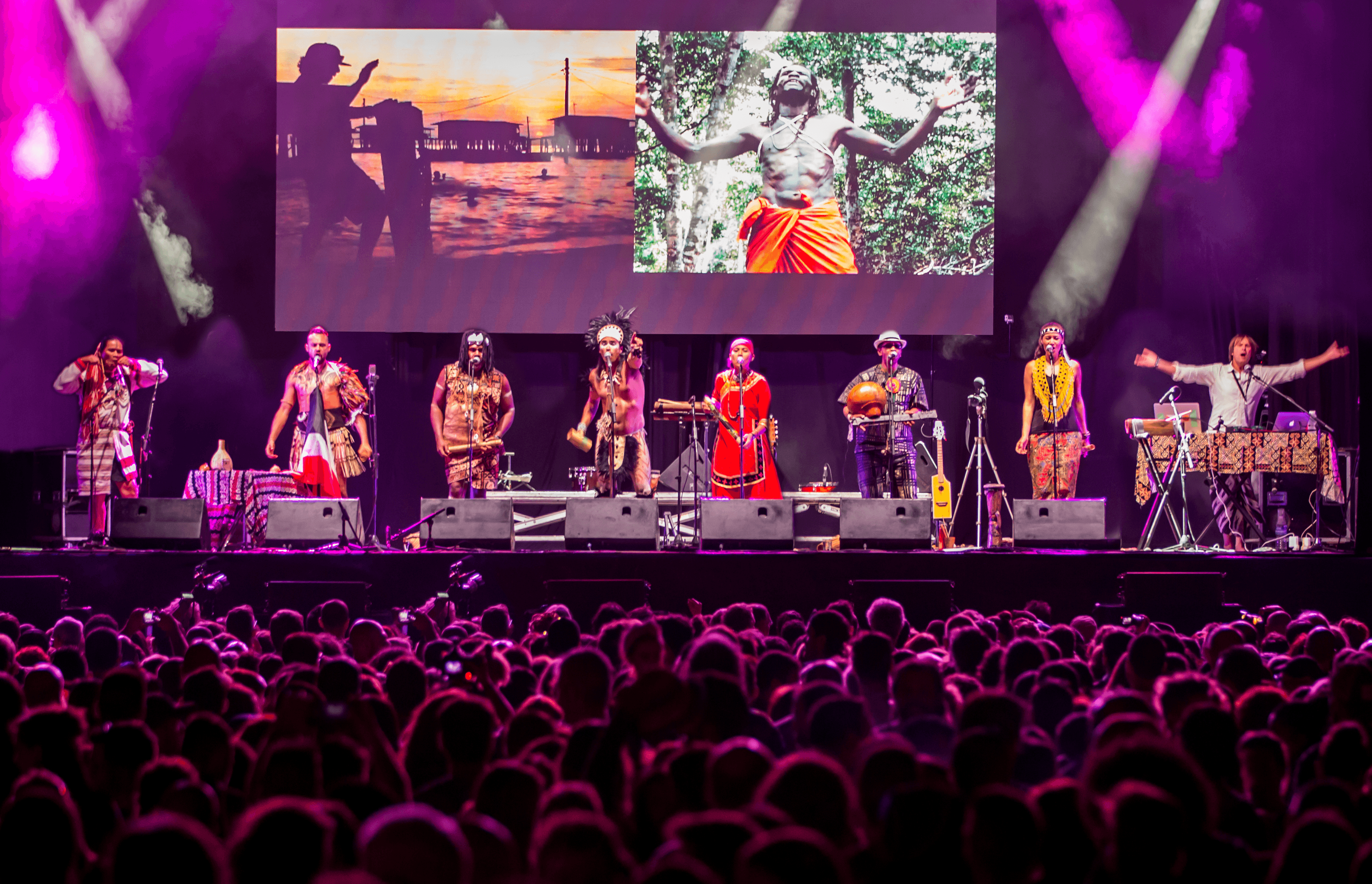 World Village Festival online edition spans from the Solomon Islands to Syria and from the lifework of David Attenborough to visions of the year 2040. The future is seen as something hopeful, challenging, uncertain and scary. What should we all know and what action do we need to take to salvage the future of the world? The programme of the online festival is available to everyone for free during the festival weekend, 29-30 May, and the following days through 4 June 2021.

World Village Festival programme has traditionally included the kind of music from around the world that you rarely get the chance to experience elsewhere. This is also the case in 2021.

– The international concerts of the festival are unique performances. They are recorded exclusively for World Village Festival in the home countries of the artists, often in their own home towns and neighbourhoods or other special locations. Many performances will also be accompanied by an artist interview or special greetings to the World Village Festival audience, says Programme Manager Johanna Eurakoski.

The artists of Small Island Big Song hail from islands threatened by climate change, such as Taiwan, Mauritius, Tahiti, Madagascar, and Solomon Islands. The shared musical tradition and spoken word of these Island states, and the video material that has been filmed over the course of three years and on sixteen different islands by hundreds of artists, present a one-of-a-kind showcasing of unique nature and cultural tradition in a way that has never been seen before.

Small Island Big Song is a music- and film project spearheaded by Taiwanese BaoBao Chen and Australian Tim Cole. It includes an award-winning music album, a documentary film, a multimedia project, and a live concert that has been touring the world since 2018. The artists who represent indigenous people make a plea for fighting against climate change to save their homes and their cultures. World Village Festival will showcase a special concert filmed on several different islands, as well as the documentary film.

Political freedom and diversity of cultures are hot topics

Sarazino was born in Algeria and eventually, after passing through many different countries, settled in Ecuador. His music mixes together reggae, Latin American, African and Arabic music genres and international pop music. The artist uses his music to highlight both personal and political freedom.

Venezuelan Betsayda Machado & Parranda El Clavo has been described as the kind of group that world-music fans have always been thrilled to discover: vital, accomplished, local, unplugged and deeply rooted. Listeners can expect to hear drum beats that will shake your soul and a celebration of sounds and vocals that will bring people dancing on their feet, whether in their living rooms or on the streets.

Frankosun & The Family, a Helsinki-based band that combines 1970s and 1980s afrobeat from Benin and Nigeria, will be performing with the legend of rhythm music, Jimi Tenor. A recording of the online show will be turned into the band’s newest live album.

The documentary film programme digs deep into the theme of Future through exploring, for example, climate change, biodiversity, refugees, and visions of the future.

One of the most well-known headliners of the festival is the documentary film David Attenborough: A Life on Our Planet. Attenborough shares his life story as a nature documentary maker and talks about the history of evolution on earth, the disappearance of untouched nature and offers a vision of the future. The film screening and the discussion after the film are produced by the festival’s main partner, Ministry for Foreign Affairs of Finland.

Award-winning director Fernando Meirelles and Malian musician-activist Inna Modja take the viewer through an epic journey to “the great green wall”. Great Green Wall is an ambitious project to grow a wall made of plants and vegetation that is 8 000 kilometers long through the continent of Africa. The film screening and the discussion after the film are produced by the festival’s main partner, European Union.

Award-winning Australian director Damon Gameau’s film 2040 is a cinematic letter to his four-year-old daughter. Through the methods of traditional documentary, dramatized clips and impressive visuals, Gameau sets off on a journey to discover the best possible world for his daughter and a sustainable future for the entire planet.

Exhibitor signup for the virtual trade fair until 9.4.

The trade fair will offer virtual exhibitor stands that provide an effortless way to share your commitment to sustainable development, equality and building a just world. We are offering a 40% discount on all advertising spaces, also for the exhibitors at the virtual festival. Read more about being an exhibitor and book your spot by 9 April. Advertising space can be booked until 1 April.

World Village Festival will take place 29.–30.5.2021 virtually online worldvillage.fi. The event is admission free. The festival offers a range of high-quality programme ranging from discussions to music, from documentary films to kids’ programme and exhibitors. We bring people together because only together we can change the world. The event is organized by Finnish Development NGOs Fingo, which is an umbrella organization for approximately 300 development organizations. The main partners of the festival are the Helsinki Federation of Parishes, Ministry of Environment, Ministry for Foreign Affairs, European Commission in Finland, European Parliament Information Office in Finland and Maailman Kuvalehti -magazine.