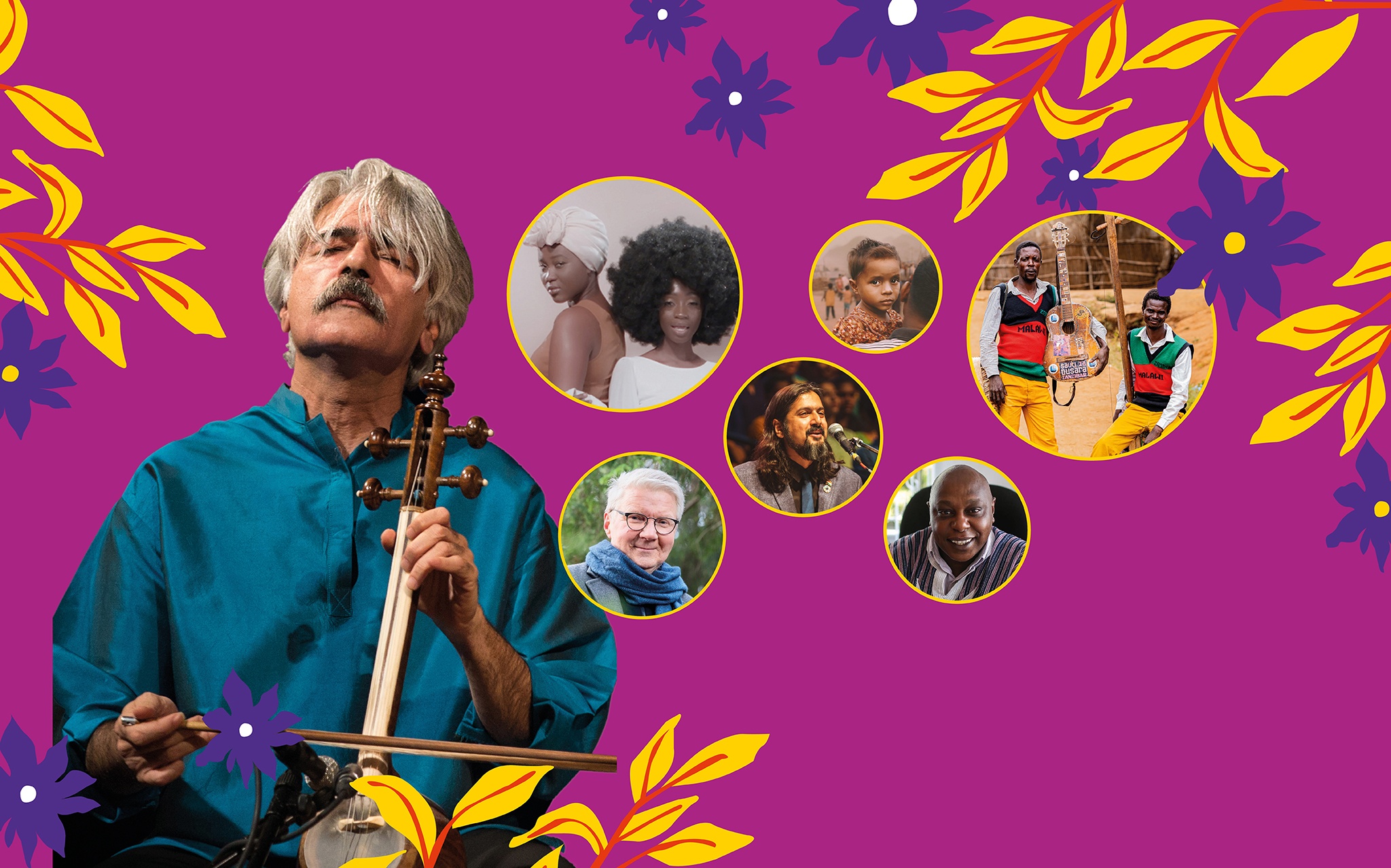 World Village Festival will be organised as a virtual festival on 29.–30.5.2021. The virtual event features numerous concerts from around the world and from Finland, current documentary films, tens of thought-provoking speeches, children’s programme and a trade fair. The theme of the festival is Future. Entrance to all events is admission free.

– We want to ensure that the virtual festival offers pretty much the same experiences as a traditional festival. What is particularly great is that this time we can offer programme numbers that would be challenging to carry out under normal circumstances. The programme is rich and covers many different corners of the world. International speakers can participate virtually, and the audience can join in, participate, listen and experience the festival from any location, says Programme Manager Johanna Eurakoski.

– Sustainable development, equality, human rights and cultural diversity are all a part of the theme of Future. We hope that the audience can get new ideas, information and experiences about global topics that are relevant to us all, notes Communications Manager Nelli Korpi.

Grammy-winning and one of the world’s most well-known masters of Persian music, Kayhan Kalhor, will produce a rare and one-of-a-kind setar concert for the festival. Kalhor has received the highly regarded Womex Artist Award for his lifetime achievement for promoting Persian music and preserving this musical tradition.

– Culture is the essence of humanity. During these hard times, culture can help us to stay together and be hopeful for the future. With progressive cultural vision and awareness, we can form a better future for our children. Better culture means more efficient politics, a healthier economy, and less political corruption, comments Kayhan Kalhor for World Village Festival.

Kenyan Maina Kiai who served as the UN Special Rapporteur on the rights to freedom of peaceful assembly and of association from 2011 to 2017 will be speaking about the future of human rights in a post-pandemic world. Were we too optimistic about the triumph of human rights? What has changed and how can we defend human rights and civic space together?

Pirkka-Pekka Petelius, an actor, cultural producer, environmental activist and Member of Parliament, will be addressing issues related to a sustainable future from the perspective of the various roles he plays in his own life.

In Contradict-documentary film musician friends head out to Accra, the capital of Ghana, to collect money to help the poor and those who are suffering in America. Is this a joke, a political provocation or a prediction of the future? The film’s directors will be interviewed as part of the screening.

Lost and Found, a short documentary film directed by the award-winning Orlando von Einsiedel, tells a story of Kamal Hussein who has dedicated his life to reunifying families who have been separated at refugee camps. The film is set on a refugee camp housing 700 000 Rohingya refugees. After the film experts will have a discussion about the global refugee situation, particularly from the perspective of children.

Eettisen läppärin jäljillä (“Chasing the Ethical Laptop”) -documentary film takes us on a journey with Finnish human rights activist Anna Härri as she attempts to reveal the human rights violations and environmental challenges related to the electronics industry. After the film there will be a discussion about the sore spots of the global production of electronics.

The trade fair will offer virtual exhibitor stands that provide an effortless way to share your commitment to sustainable development, equality and building a just world. Participating in the festival does not require being on call on your virtual stand, but if you want, you are welcomed to organize activities and programme of your own and interact with the audience through your own channels. We are offering a 40% discount on all advertising spaces, also for the exhibitors at the virtual festival. Read more about being an exhibitor and book your spot by 9 April. Advertising space can be booked until 1 April.

Read more about the programme numbers that have been published.

World Village Festival will take place 29.–30.5.2021 virtually online worldvillage.fi. The event is admission free. The festival offers a range of high-quality programme ranging from discussions to music, from documentary films to kids’ programme and exhibitors. We bring people together because only together we can change the world. The event is organized by Finnish Development NGOs Fingo, which is an umbrella organization for approximately 300 development organizations. The main partners of the festival are the Helsinki Federation of Parishes, Ministry of Environment, Ministry for Foreign Affairs, European Commission in Finland, European Parliament Information Office in Finland and Maailman Kuvalehti -magazine.