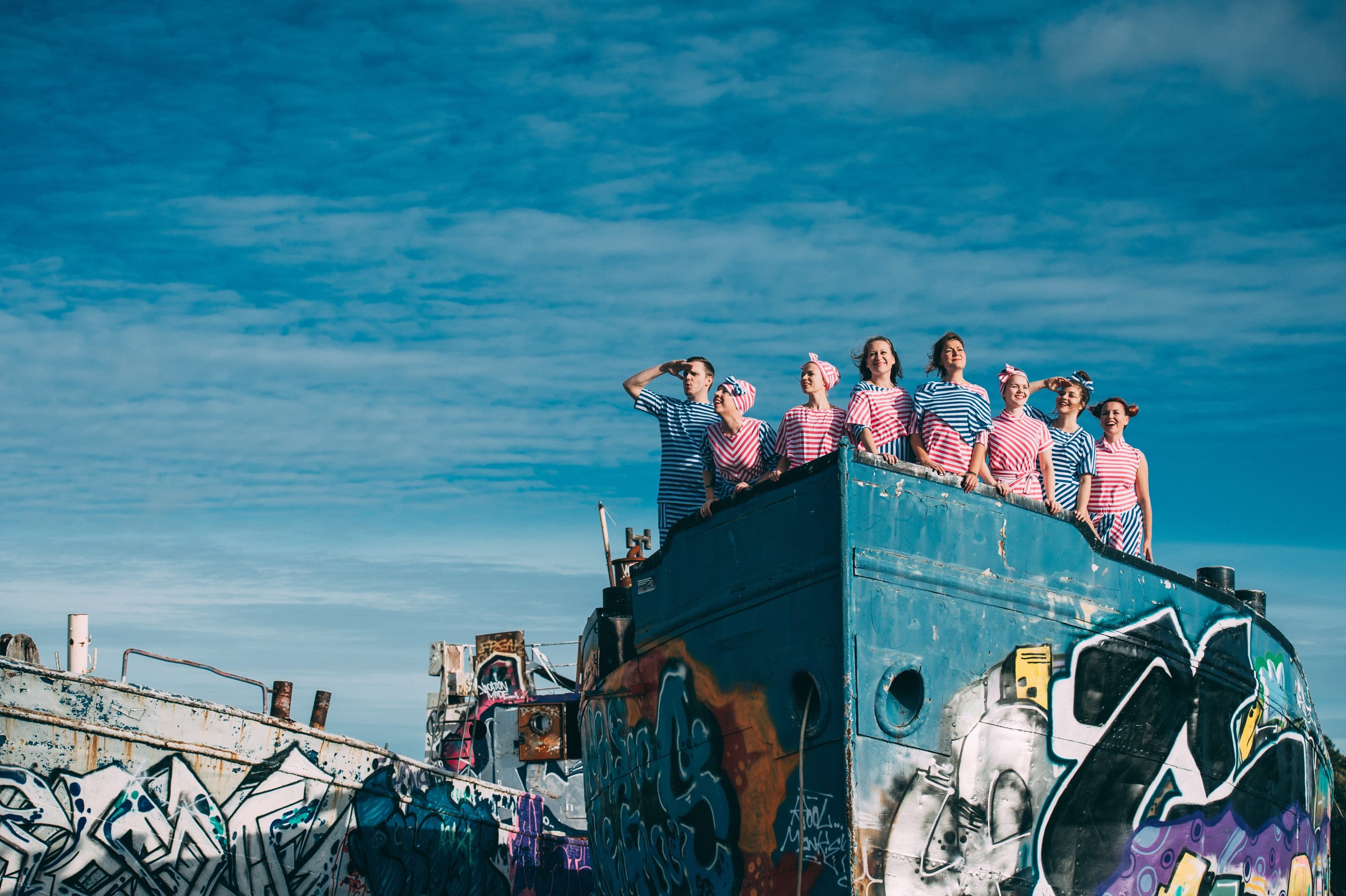 Fun times and inspiring ideas – online World Village Festival offers programme for the whole family. Musical performances and workshops inspire people of all ages to explore the world and environmental questions in an engaging manner. The programme is available for everyone online for free during the festival weekend, 29–30 May, as well as during the following week until 4 June 2021.

Kids music band Mutaveijarit (“Mud buddies”) is known for their engaging stage presence and insightful songs. Their award-winning newest album, “Nyt mennään!” (“Let’s go!”, 2019) received a five-star review on Helsingin Sanomat and has also been nominated for an Emma-award this year.

Skidit Disko World Tour (“Kids Disco World Tour”) will transport kids to a visual musical journey. Expect visual storytelling, silly characters, dance lessons and the musical world of DJ Orkidea. In between dancing and singing the audience will also learn about friendship, respecting others and being a part of creating a better world for everyone.

– We are rooting for a life full of more play, we believe in being silly and in enjoying magical moments of creativity, Aino Heikkinen and Sanna Mander from Skidit-collective state.

There is also an opportunity to participate in workshops organized by Aalto University Junior. The Bioplastic in the microwave workshop will showcase what biodegradable plastic is and how it can be manufactured from renewable materials. Playdough and forest creatures -workshop includes making your own biodegradable playdough, pondering about the diversity of forests, and sculpting your own imaginary forest from playdough.

Haitian Lakou Mizik to perform at the festival

Another line up has been added to the festival concert programme. Haitian Lakou Mizik will bring their high energy and joyful reggae rhythms to the stage, flavored with Creoli language lyrics and a Caribbean attitude. The nine-person-ensemble was founded in the aftermath of the Haiti earthquake, when the band came together to show the world that their country was much more than the sum of headlines that were being shot around the globe. The show will be filmed in Haiti’s capital, Port-au-Prince. The band will also showcase their neighborhood to the World Village Festival audience.

A podcast hosted by Susani Mahadura is launched

Who decides what the future looks like? Is a just and sustainable life just a utopia, or something in our reach? Journalist Susani Mahadura is searching for a better future in her new World Village -podcast, which will be launched on 29 April. Can a better future be found from negotiating tables of superpowers, studio apartments of climate activists, or on a shelf of a store?

Mahadura will host experts and activists whose work and way of living aims to turn the world in a more positive direction. Podcast guests include Anton Keskinen from Extinction Rebellion Finland, Bishop of Espoo Kaisamari Hintikka, Olli Turunen from The Finnish Association for Nature Conservation, Member of the European Parliament Sirpa Pietikäinen, Marina von Weissenberg from Ministry of the Environment, Hanna-Leena Lampi from Ministry for Foreign Affairs, mediator Marie Makweri, Ellen Ojala from Finnish National Youth Council Allianssi – and many more.

The podcast will address issues such as activism, diversity of nature, today’s conversation culture, and international climate negotiations. How much does the current state of the climate crisis depend on the manner in which these issues are negotiated? Should we just wipe the table clean and allow new people to take the wheel?

Full programme and exhibitors have been published

World Village Festival online edition will take place 29.–30.5.2021. The event is admission free. The festival offers high-quality programme ranging from discussions to music, from documentary films to kids’ programme and exhibitors. We bring people together because only together we can change the world. The event is organized by Finnish Development NGOs Fingo, which is an umbrella organization for approximately 300 development organizations. The main partners of the festival are the Helsinki Federation of Parishes, Ministry of Environment, Ministry for Foreign Affairs, European Commission in Finland, European Parliament Information Office in Finland and Maailman Kuvalehti -magazine.