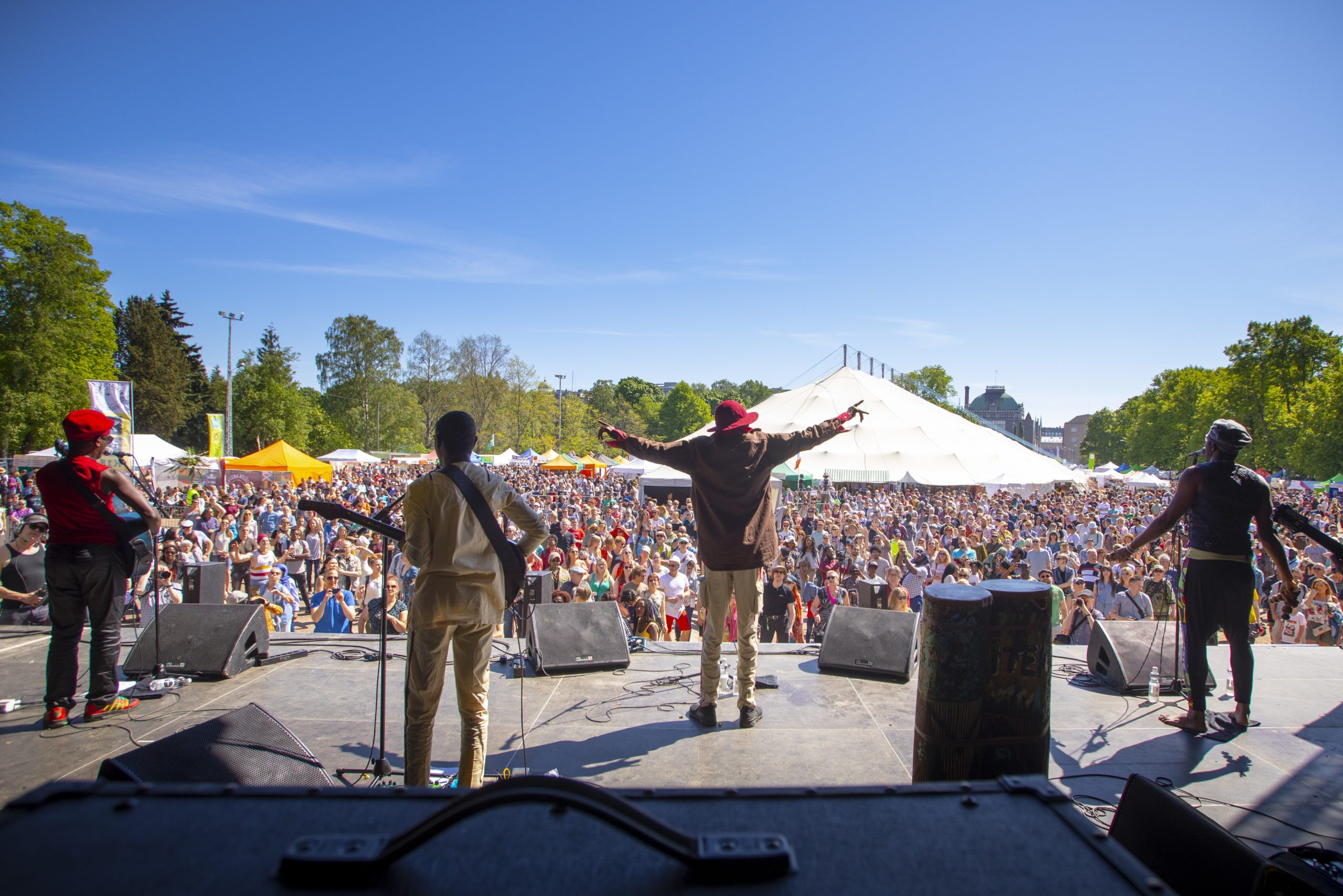 The COVID-19 pandemic has resulted in a prolonged state of uncertainty for event organisers. This is why the organiser of the Word Village Festival, Finnish Development NGOs Fingo, is forced to considerably scale down the event. One of the largest festivals in Finland, this spring’s World Village Festival will be organised on a smaller scale online and, if permitted by the pandemic situation, also live on sites around Helsinki.

– With us entering the third year of the pandemic shaking up the situation, we have been forced already at this point of the year to make the difficult decision to organise this spring’s World Village Festival as a smaller-scale event than planned, says Fingo Executive Director Juha-Erkki Mäntyniemi.

Previously organised in central Helsinki’s Kaisaniemi Park, the plan for this spring was to organise the major sustainable development event for the first time on a site in the Suvilahti district of Helsinki on 28–29 May. The pandemic resulted in the spring 2020 festival being cancelled and the 2021 event being fully virtual.

– Although we have seen initial signs of improvement in the pandemic situation, the risk posed by a new variant and any resulting restrictions materialising later on in the spring is simply too high for us as a civil society organisation organising a free event.

Organising a large-scale event requires sizeable financial commitments that must be made several months before the event.

– We are responsible for our decision to the entire festival production chain and very sorry about not being able to provide the festival stakeholders and the public with the inspiring and experience-rich major event and moments of togetherness that we at Fingo had also been looking forward to. Organising the event on a smaller scale will also inevitably result in direct income losses for actors in the events sector who have also suffered unreasonably due to the pandemic. People’s health and safety are, however, our number one priority, Mäntyniemi continues.

Fingo regards it as a major disadvantage that non-profit organisations, whose activities are not subject to value-added tax but that organise a large number of events in Finland, are not included in the scope of the event guarantee to reduce event organisers’ financial risk.

World Village Festival to take place around the city and online

The World Village Festival will still be organised, but just on a smaller scale. The talks and discussions programme will go ahead as planned and will be streamed online. The full films and documentaries programme can also be viewed online free of chare during the festival and the week leading up to the festival. Concerts and other cultural programme are also being planned for venues around Helsinki. Efforts are also being made to provide participation opportunities for exhibitors.

– We are doing our very best to provide everyone producing, partnering with and attending the festival with new and inspiring participation opportunities at the scaled-down festival, too. By spreading the programme out to multiple venues in the city will also help us to reduce the risk of large numbers of people gathering on a single site. The online programme can also be accessed from everywhere, not just in Helsinki, says World Village Festival Programme Manager Johanna Eurakoski.